Teatime at the Gryphon's Claw 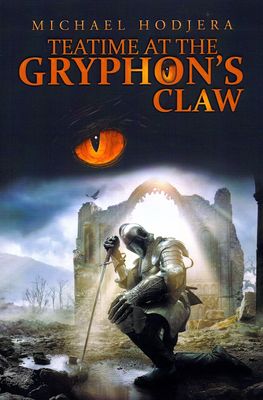 Washed up seventies glam rock star and British expat, Harrington Gloss, has been contracted to write a fantasy novel. As the deadline looms, he is at a loss as to how to begin, never having written a novel before in his life. Help arrives when he ducks into the Gryphon's Claw Cafe one fateful afternoon. He meets there a prickly lesbian rock dive, Kincaid McAllister and inspiration takes hold.

The would-be writer embarks on a fictional tale about a scarred and battle-hardened medieval knight errant, Sir Fenmar of Raventry, the preeminent warrior of his age. Sir Fenmar is sent on an improbable quest into the Jagged Mountains by Princess Isabella of Castle Splendour. His assignment? To locate a mythical dragon she believes can save the kingdom from a mysterious calamity that has befallen it. So begins a scaly and serpentine saga that parallels and finally intersects its writer's own story as it builds to a climax pitting its heroes against a diabolical evil and impossibly long odds as the fate of the world hangs precariously in the balance.

As his hero, Sir Fenmar, is given a final shot at redemption, can his hapless author, Harrington Gloss, also find a way to transform his own destiny? 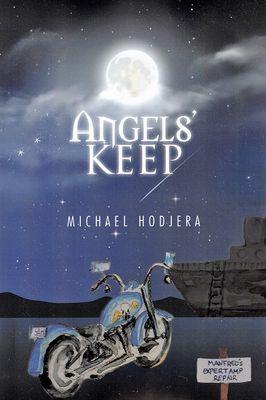 Murder comes to the sleepy coastal hamlet of Angel's Keep. Antiques dealer Wild Bill Willy Rasp is gunned down gangland-style by unseen assailants. When his body subsequently disappears without trace, it is left to the only witness to his demise--biker, blues guitar player and amp repairman par excellence, Manfred "Doc" St. Michel--to investigate. What begins as a straightforward murder inquiry escalates into a race across space and time as one mystery opens out into a vastly greater mystery in this genre-bending comic novel from the author of The Komodo Cafe, Sleeping Gods and the Elvis trilogy. 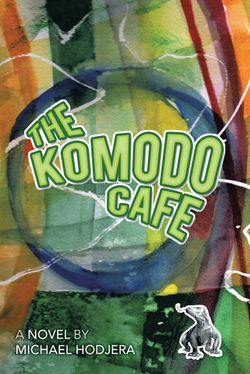 A brush fire consumes the Malibu home of socially challenged, best selling sci fi writer Buckminster Brand Sinclair.  Succumbing to the impassioned entreaties of his literary agent, he reluctantly agrees to take a temporary hiatus from writing and finds himself on a tiny island in the middle of the Pacific, ostensibly for some much needed rest and relaxation.  He meets there an intriguing group of ex-pats from different corners of the world.  What they share in common is a potent secret.  The Komodo Cafe chronicles Buckminster's initiation into the mysteries of Empyrean Island and its inhabitants.  But what he discovers about his new found neighbors pales in comparison to what he begins to realize about himself in this comic adventure thriller from the author of Sleeping Gods and the Elvis trilogy.

Click here to find out more, read sample chapters or to order 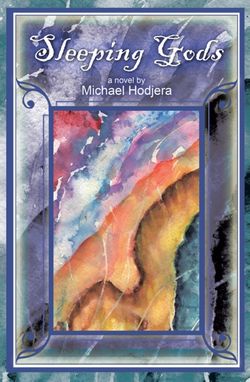 A saga of self-discovery that is equal parts mystery, mystical adventure story, and homage to the sixties . . . .

A young man is released from prison and sets out on a quest to find his biological father, a legendary British rock musician who disappeared under mysterious circumstances from public view years before. He falls in with a plucky band of environmental activists, one of whom is The Dreamer, a singular individual whose destiny it is to weave the broad tapestry of world events. The murder of a prominent developer puts the activists in the crosshairs of the authorities. Trying to trap a powerful and politically connected homicidal psychopath while trying to stay one step ahead of the law, the group uncovers a devious, far-reaching plot to take control of the government. Can they expose the plot before they are caught?

Sleeping Gods is a metaphysical adventure thriller that finds unlikely heroes and dastardly villains on a collision course in a world where reality is inextricably interwoven with the magical and the mythical.

Click here to find out more, read sample chapters, or to order as an ebook or trade paperback

The Return of the King: an Elvis novel 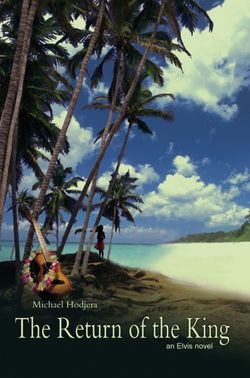 Book one of the Elvis trilogy

It is the spring of 1977, and a bloated, disillusioned Elvis stands at the crossroads. To continue down the path he is on means certain death. However, a bizarre encounter with a mysterious woman offers him another alternative. With her help, he fakes his death and goes into solitary exile in the South Pacific with a new face and a new identity. Now, twenty-seven years later, the King returns. Lured back by memories of a lost romance that took place during the filming of one of his forgettable early sixties films, Elvis finds himself back on Hawaii's Big Island. Incognito, he settles in the tiny, remote fishing village of Malea where he meets the town kahuna, O'e, and his family. But all is not well in paradise. Three village teenagers go missing. O'e and Elvis teem up to try to find them. What they discover is that an ancient evil has taken root near the village which threatens not only the island but the future of all humankind. Compelled to help in whatever way he can, Elvis must risk his cherished anonymity in a desperate bid to thwart a formidable, virtually indestructible opponent. . . . 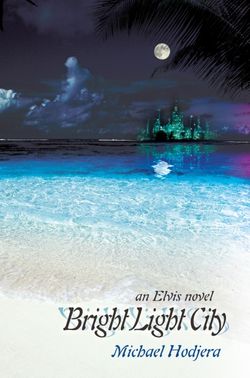 Book two of the Elvis trilogy

THE ULTIMATE HOSTILE TAKEOVER A visitor from beyond the solar system is planet shopping. A member of a dying species, he is looking for new real estate to annex. He finds it on planet earth.

"PLANET FOR SALE" A genius at economics, he devises a plan to take over the planet without a single shot being fired. By masterfully manipulating a political and economic climate characterized by relaxed standards and minimal oversight, he surreptitiously succeeds in building a vast financial empire that transcends national boundaries and grows to encompass the balance of the world's vulnerable energy resources. Now he is only a couple of acquisitions away from checkmate in a game that must spell doom for humanity. And at ground zero, the task of preventing the total annihilation of the human species falls to two unlikely people, an entertainer and a recovering vampiress. The entertainer is none other than the King himself, Elvis Presley, who, contrary to common belief, is alive and well and currently living incognito on the Big Island of Hawaii. The vampire is his sultry and mysterious longtime girlfriend, Desdemona. Together they are headed for a showdown with a formidable, soulless menace in the gambling capitol of the world, Las Vegas. And the stakes could scarcely be higher. . . .

The Fear Merchant: an Elvis novel 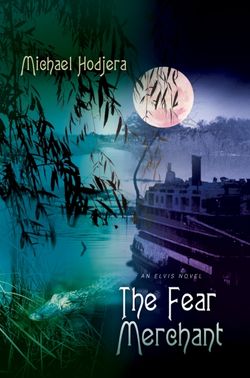 Book three of the Elvis trilogy.

An epidemic of fear and mistrust grips the nation's capital. A seemingly random series of errors and misjudgments on the part of the Washington elite have sent the world spiraling toward war and environmental disaster . . . .  Meanwhile, two accomplished Hawaiian shamans, O'e Kalani and Aunt Betty, sense a sinister design in the bleak mosaic of current events. They believe a dangerous and powerful intelligence is at work behind the scenes, manipulating weak minds and orchestrating the erosion of international peace and harmony. With the patience borne of millennia spent watching and waiting, this intelligence has carefully and methodically been pursuing its own agenda for the future of the planet, an agenda that has no place for mankind.  Without a clear idea of what he is up against and lacking any inkling as to how he might help, Elvis is again called into service on behalf of the planet and humankind. The saga that began with The Return of the King comes full circle in this third and last novel in the Elvis series as the prodigal son returns, anonymous and unknown, to where it all began: Memphis, Tennessee. It is here that he will be called upon to confront his greatest fear and fulfill a destiny he could never have imagined . . . . 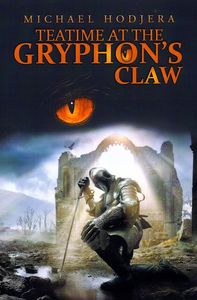